The Hall of Heroes

Celebrating Palladium Staff who have passed to the next world.

Heroes of the Megaverse 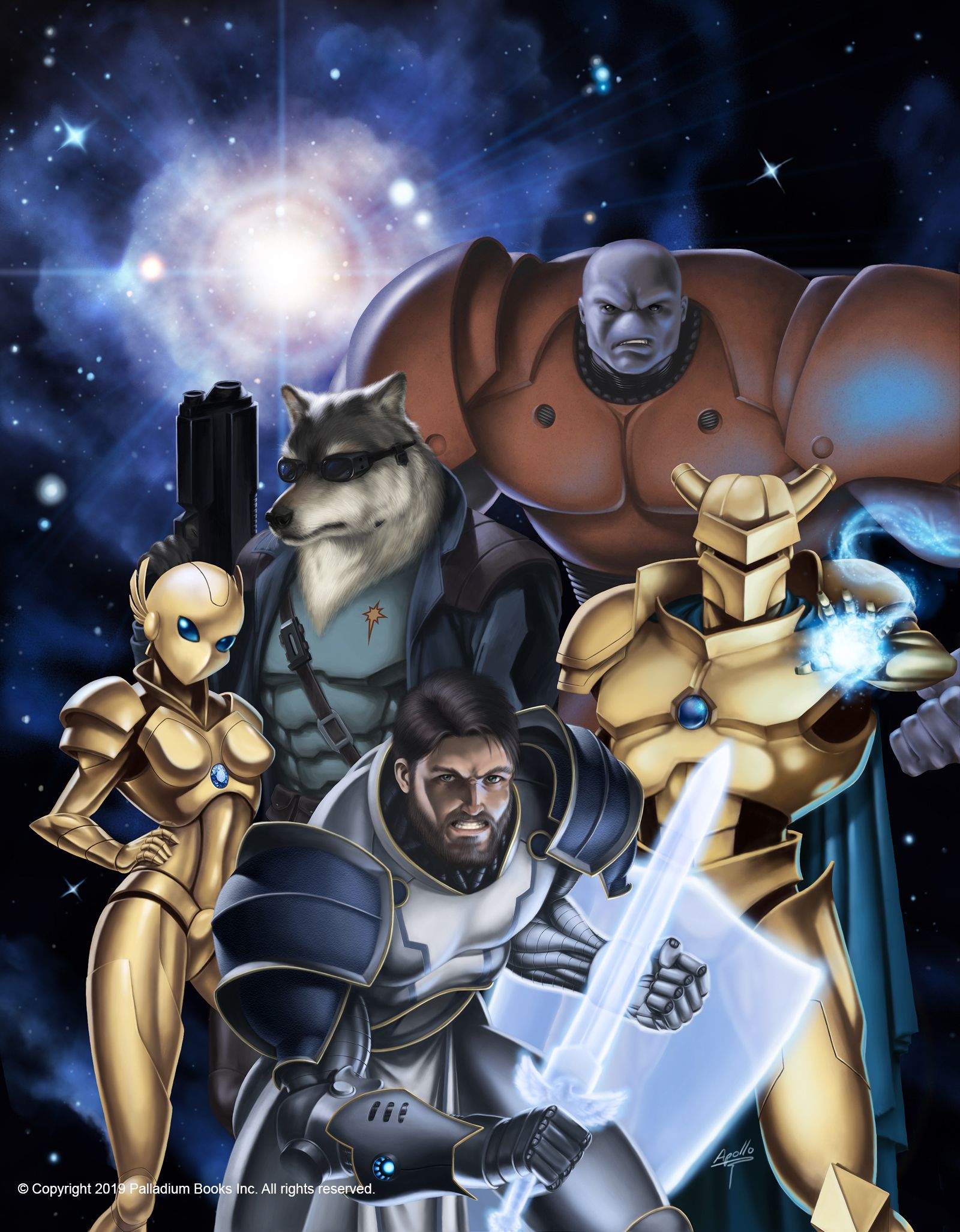 Who came when we called for aid?

After two and a half decades of thrilling gamers with one dynamic game setting after another, Palladium Books suffered a betrayal that almost put the company out of business. This painful chapter came at the hands of a long-time employee who had been engaged in acts of embezzlement, theft and sabotage that left the company devastated. Palladium is a small, close-knit company that is more like a family than a corporation, so the betrayal hit hard on both an emotional and business level. Things looked grim to say the least.

Then, something amazing happened. A nightmare turned into a miracle when Palladium fans came to the rescue. After exploring all possible options available, Kevin decided to turn to Palladium’s fans for help. It was not an easy decision going public with the embezzlement and theft, but it turned out to be a good one. When the word went out that Palladium was in trouble, everyone rushed to help, purchasing special prints and Palladium products across the board. Just as important as the flood of purchases was the outpouring of love and support as thousands began to post testimonials and words of support online. “It was the most incredible thing I have ever experienced,” said Kevin Siembieda. “It was a miracle. I cried.”

These are the true heroes who stepped up, those who gave what they could, be that in money, well wishes, kind words, and time - to save Palladium from the brink of collapse and we are forever thankful for what they did and what they continue to do.

To that end, we have memorialized and honored them with a special book, known as the Heroes of the Megaverse. It describes a mystical book that shows up in times of need and when the names of heroes within the book are called upon in times of need, magical things happen.

Though he’s no longer with us, Henry Siembieda must be mentioned among the staff.

First of all, he was the father of Kevin Siembieda and the man who helped shape Kevin the person and the artist.

Second, Henry, or “Hank” as he preferred to be called, played an important role at Palladium Books. He worked in the Palladium warehouse for two decades, retiring in the Spring of 2008.

Third, Hank always encouraged his son and marveled at his ability to handle so much, especially in tough times. Henry’s own quiet strength, words of support and love served as a foundation Kevin could lean upon.

Hank was a simple man. He quit school after the eighth grade and worked hard most of his life. He was a talented baseball player and briefly considered trying to turn professional in the sport. He served four years in the Air Force and was a gifted “cartoonist” but only created artwork for his personal pleasure. Hank encouraged both of his sons’ artistic talents and was proud of their achievements.

Hank accepted everyone with a smile and a joke. He made people feel welcomed and appreciated, and was loved by everyone at Palladium Books, including the freelancers who met him over the years. When he passed away from complications after surgery involving cancer of the bladder, many who knew him referred to Hank as “a great man.” A description this simple and modest man would have found astonishing. He is missed.

According to Kevin Siembieda, Erick Wujcik is a true game design genius. Erick was the man behind Palladium RPGs and sourcebooks like Teenage Mutant Ninja Turtles® RPG, numerous TMNT sourcebooks, After the Bomb® RPG, Ninjas & Superspies, Mystic China, Rifts® China 1 & 2, Revised RECON® and his own published game, Amber Diceless, among others. He and Kevin Siembieda have been close friends since 1979 when they met through a role-playing group and soon after helped found the Detroit Gaming Center. Sadly, Erick passed away on June 7, 2008, from complications related to pancratic and liver cancer. The website dedicate to Erick Wujcik can be found [here].

Keith Parkinson was an amazing artist from California who was inspired by authors like J.R.R. Tolkein who could evoke vivid, fantastical landscapes through their writing. As Keith grew up, he began expressing his appreciation for these wonderful worlds through art and music.

Eventually, his art became recognized across the fantasy community and he ended up making cover art for other writers such as Orson Scott Card, Terry Goodkind, Terry Brooks, and Anne McCaffrey. He also worked with TSR and became known for much of their classic look and feel.

In the process of becoming known across the fantasy and RPG industries, he met Kevin and the two formed a life-long friendship. Keith created a handfull of iconic covers for Palladium such as the original Rifts RPG cover art, which was used for many years.

After a long battle with Acute Myelogenous Leukemia (AML), Keith passed away on October 26, 2005. He was 47 years old. Many Palladium fans were influenced and inspired by his work and we know he's on his next great adventure.